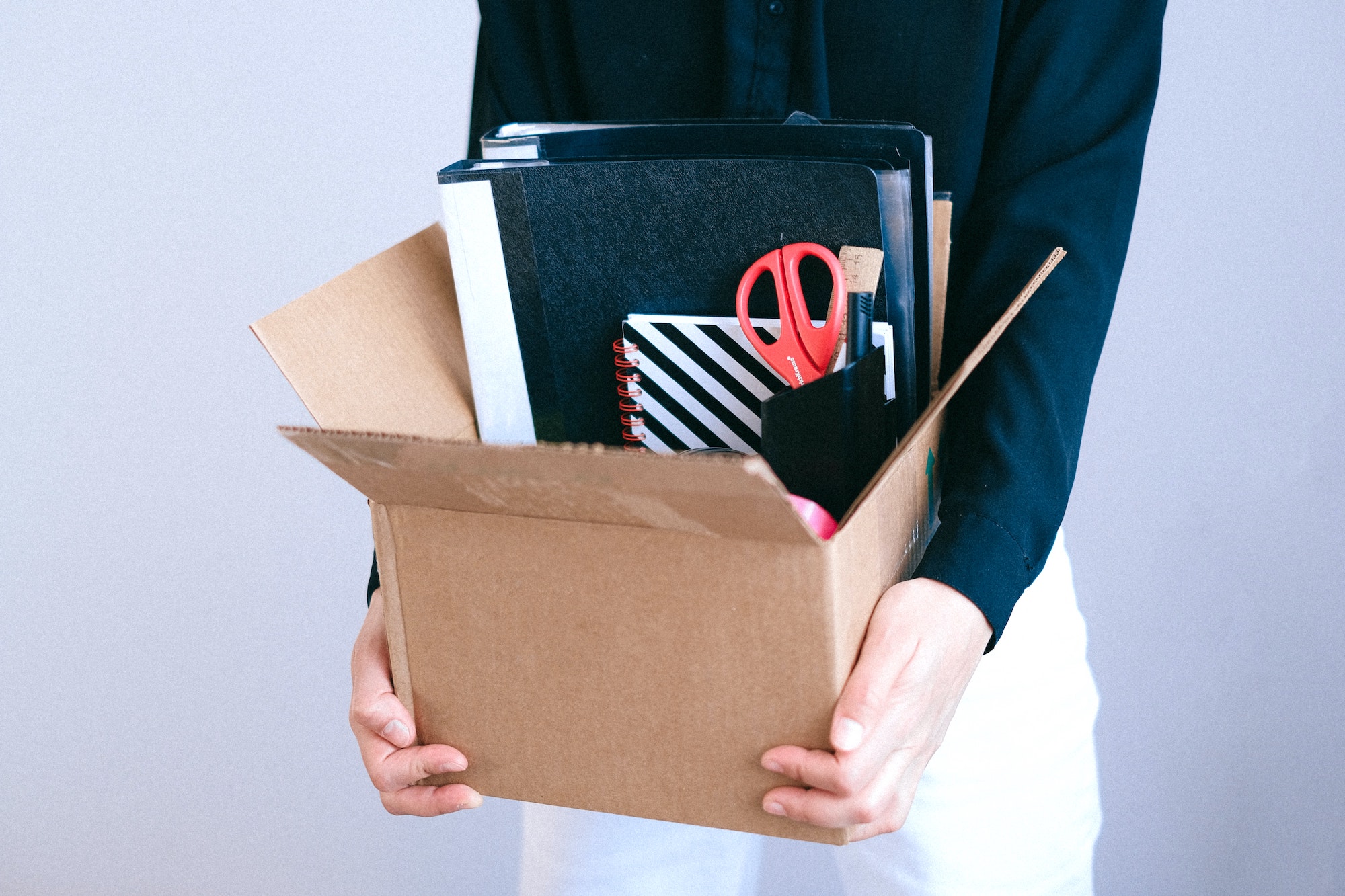 The Lost Talent of the Journalism Industry

If you’re wondering whether everyone is leaving journalism, it’s not just your imagination. It’s a near-daily occurrence to see “Some personal news!” announcements on Twitter. And journalists in particular are very used to seeing colleagues tweet their departure from the industry as they take jobs in marketing, communications and other sectors. Or, bucking the full-time flow completely to go freelance.

The journalists I spoke with had a multitude of reasons for leaving. Some couldn’t support a family on their income, some were burned out and some just wanted something new. And while those pain paints are all too human, they’re supported by industry data, too.

LinkedIn’s February Workforce Report found a 20 percent increase in hiring for media and communications jobs from January of 2021 to February of 2022, part of what the site calls the “Great Reshuffle” as workers take and leave jobs more quickly than ever. This follows an industry-wide shrink between 2010 and 2020 during which the U.S. Bureau of Labor Statistics tracked a nearly 13 percent decrease in total employees in the information industries, which the bureau categorizes as editors, reporters and other positions under. The department does predict a measly one percent increase between now and 2030, but wages in newsrooms remain notoriously stagnant.

Of course, that information isn’t complete and doesn’t include freelancers, such as writers, editors, photographers, IT specialists, designers and consultants. According to a 2019 study of freelancers by Upwork and the Freelancer’s Union, 57 million Americans freelance and more people than ever see it as a long-term career path. The report also found that 53 percent of Gen Z workers freelanced, the highest participation rate of any age bracket — a growing trend among new-age workers with no signs of slowing.

Is this journalism’s slow death?

It’s little wonder journalists are turning away from the industry when you’re expected to check Slack, email and a dozen other messaging apps at any given hour. There’s also the fear you could be fired or laid off at any moment in an industry that seems to relish in selling out to billionaire owners who couldn’t care less about preserving journalism jobs or investing in reporting. The era of Deep Throat is over, and many writers are left begging for scraps.

A shrinking industry with poor wages met the pandemic’s Great Reshuffle and the outcome seemed to be an increased interest in freelancing. Some of the most popular culture reporters, like Casey Newton, Helena Fitzgerald, as well as Hunter Harris, and even controversial figures in the industry, like Bari Weiss, Glenn Greenwald, and Alex Berenson have moved to subscription-model newsletter sites like Substack — either for the lack of editorial oversight, to build out a personal brand, or for a big payday newsrooms just don’t have the budgets for.

Then there’s also industry giant Dan Rather, who is pulling off no small feat by — at 90 years old — churning out some of the most accurate and critical writing about far-right violence and crime, including the recent report that a sitting Supreme Court Justice’s wife sent text messages trying to overthrow a US election. Lastly, you have local journalists who can seemingly find little to no place to publish meaningful reporting that holds the government accountable and so set up entire digital publications of their own, like Sarah Baird over at The Goldenrod.

It’s impossible to say which factors motivate each of the individual journalists who left the industry; there are thousands. But the industry’s volatility, lack of personal time and inability to rest properly resonated with the talented journalists I interviewed like Christy DeSmith.

An industry that makes parenting near-impossible

DeSmith is a former editor for both the Boston Globe and Star Tribune. Her recent Poynter article about mothers and caregivers forced to leave the journalism industry resonated with readers — especially because DeSmith did the same herself.

“I needed a break and I was able to do it because of my financial situation. There were also some urgent needs with my daughter,” DeSmith said. “I can’t help but think about most people in my situation. Journalism is really hard unless you’re one of those people who are getting the support.”

When DeSmith was still a working journalist, she was waking up at 4 a.m. to get in editing time. And after taking a break from work she slept 12 hours a night for four months. She’s slowly starting to freelance and re-enter the workforce, but her daughter is anxious because of the long hours she used to pull.

She says it was crucial for her to get back to work without bringing the stressful newsroom atmosphere home, but not every journalist will be able to meld their careers into their family lives again given the current economy. Some will inevitably have to find new jobs in other sectors.

During the pandemic, domestic work loads mushroomed because kids came home and didn’t have stable access to daycare or school. They were expected to be on computers for school and needed adult supervision, but that’s not the only place it happened.

Women in the workplace also had to pick up emotional labor and caregiving tasks in the office.

DeSmith says she saw women training interns, checking in on employees when a family member died, arranging flowers and food for loved ones. Those social and emotional tasks fell mainly to female employees but weren’t acknowledged. Because caregivers got burned out, weren’t being paid enough or were harassed for being marginalized journalists, the industry lost great talent and is suffering for it.

“I don’t see journalists pointing out that there has been one piece of public infrastructure that has benefitted families and its schools,” DeSmith said. “And our schools are under-resourced and under-supported. That’s a point that a caregiver journalist could help make.”

While some journalists are leaving because their needs aren’t being met, others feel they can make a bigger impact elsewhere. Dennis Ting started working as a reporter in Indiana in 2014 and left his television anchor job in July of 2021 to go back to law school. He says there are many valid reasons for journalists leaving the industry but took it a step at a time until the opportunity to get a law degree came up.

“Law school was always in the back of my mind,” Ting said. “Getting into journalism it wasn’t [about being] famous. You can be famous by working a lot less and getting paid more. It was really to make a difference and help people and expose issues. Journalists highlight the story but once we do it’s out of our hands. Going to law school would help me play a role on that back end.”

Ting says he’s not opposed to re-entering the industry at some point, and he wouldn’t be alone. Other writers have quit and come back when the timing was better. He says law school is a big investment — and as a working journalist, he said he could make more money bagging groceries at his first job. However, he is optimistic things could change and hopes the pandemic will be a wake-up call for news outlets. Ongoing cries for increased media responsibility, the success of far-right fake news sites like OANN and the ever-building union and labor movement are also all potential causes for major shifts.

“Most of the people who’ve left, they’ll say ‘I miss the journalism part but I don’t miss everything else,’” Ting said. “If we can address ‘the everything else,’ we’ll hopefully see more people wanting to join with that right state of mind.”

So how do newsrooms and editors retain those who don’t want to struggle through the “everything else”? The answer seems to lie in a combination of investing in current employees, addressing overwork issues and supporting reporters who decide to create their own publications.

Al Tompkins, a broadcast and media teacher, recently penned an op-ed begging outlets to invest in the training of young writers. He also encouraged a “stay interview” that prevents a future exit interview by asking what’s working and what an employee needs to feel supported.

DeSmith says communication between managers and employees is a good start, and acknowledging care work in the office is even better. Usually, care work is defined as unpaid domestic labor and looks like caring for a parent, child or home environment. It typically falls to AFAB folks. Care work in an office is very similar, and could look like taking care of that intern who lost their mom and is struggling to keep up with a blistering workplace. DeSmith’s suggestion that managers acknowledge this labor in the office dovetails with research that finds workers are happier at home and keep their jobs longer when offered flexible working conditions.

“If you can re-appraise how you see care work that’s happening in the workplace I don’t think it’s such a stretch to re-appraise care work in the home,” DeSmith said. “Journalism has got to contend with its over-work problem. If we don’t fix that, the news is going to be more and more homogenous and only people of great privilege are going to be able to be in this industry.”

Can’t be what you can’t see

John Sotomayor, editor in chief of Embrace Magazine and executive producer of Embrace Media, says he started an LGBTQ+ publication in 2020 because he wanted to provide something new and substantial in his rural Florida community.

Over Zoom, he showed off his “Journalism matters” t-shirt and said he worked multiple jobs as a freelancer in the early 2000s to make ends meet. He’s seeing journalists leave in droves now and believes losing LGBTQ+ writers is a giant problem for newsrooms. But he’s seeing at least some new writers work with his publication because they believe in the cause.

Of course, it’s harder for some more than others to start a new publication given the state of the union. Journalists of color are highly unlikely to get business loans and less attractive to white, straight, cis male angel investors. Funnily enough, most investors are white, straight, cis male guys. Instead, low-income and all sorts of marginalized workers must settle for jobs that at least promise liveable wages and come with the possibility of upward mobility.

Still, it’s not impossible. Just ask Study Hall, which began as a way to plug giant holes the journalism industry leaves behind for freelancers. Or look to Chalkbeat, which started to help solve the very educational news desert DeSmith described.

Sotomayor says others can start their own projects by finding a dedicated team of people who understand a shared movement, and he pointed out that not all Embrace staffers are LGBTQ+ either; some are simply allies. Sotomayor benefited from angel investors and says there are more resources and support available than you might first imagine.

“There’s a lot to fight against”

At such a crucial point in US history, we can’t afford to lose marginalized voices and the news industry must work harder than ever to find, recruit and retain talent.

This means letting journalists work from home, giving extra time and leniency on deadlines, offering benefits to freelancers and part-timers, paying on publication, or within at most 30 days, and not charging journalists money to get their own paychecks. It also means raising freelance rates. It means asking writers of color to do more than perform personal trauma or only report during respective history months. It means budgeting for long-term reporting that goes deep and it means multi-millionaire CEOs need to start spreading their well-guarded and well-stocked cash piles around a little. After all, we’re the ones who make the media companies the big bucks.

Perhaps more than anything, though, DeSmith says editors and publishers need to realize the onus is on them to make the workplace positive and manageable for employees.

“The same people carrying that extra work in the workplace don’t have the necessary privilege to be speaking up all the time,” DeSmith said. “There’s a lot to fight against.”