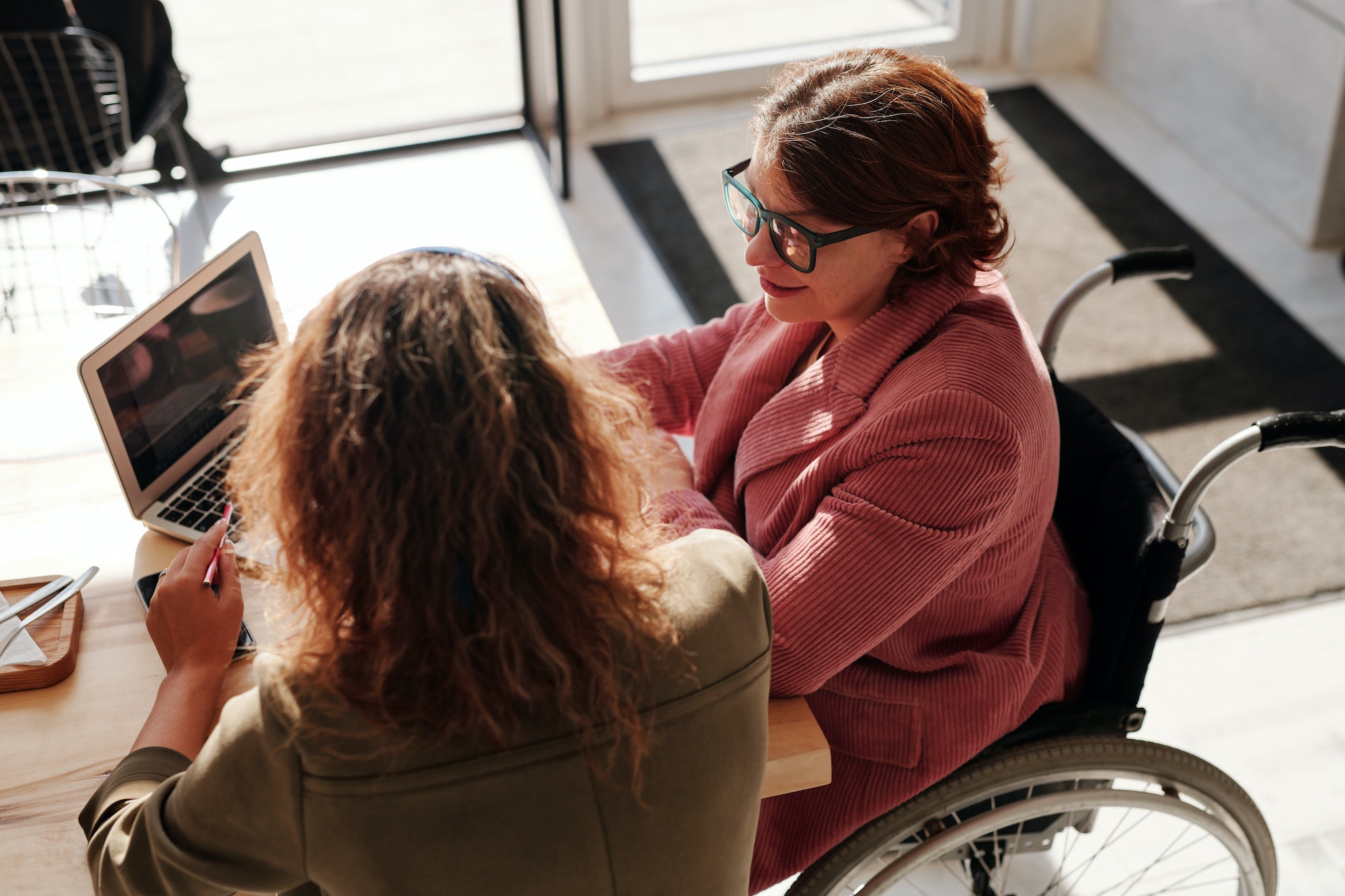 How Editors and Publishers Can Create Better Accommodations for Disabled Freelancers

Freelancers almost always have to fight for equal protection under the law and rarely enjoy the same rights full-time, or even part-time, employees receive.

Take the Freelance Isn’t Free Act, passed in New York City in 2017. It ensures freelancers a written contract, fair and timely payment and protection from retaliation — rights many employees already enjoy. But it only impacts a small geographic area and it certainly doesn’t address every problem freelancers face.

There are tons of legal gaps for freelancers. Another big one is the Americans With Disabilities Act (ADA). The ADA doesn’t apply to freelancers at all, according to law firm Rogers and Moss. And it doesn’t cover companies with fewer than 15 employees, according to the Department of Labor. So full-time journalists at small publications listen up — you’re not protected either.

Without legal protection, disabled freelancers and journalists who need accommodations to make their jobs easier do what we’ve always done: Organize and look out for ourselves.

How the ADA effects freelancers and journalists

According to the Westport Library, the ADA was signed into law in 1990 by President George H.W. Bush. It was modeled after the 1964 Civil Rights Act. It protects people with “a physical or mental impairment that substantially limits one or more major life activities, a person who has a history or record of such an impairment, or a person who is perceived by others as having such an impairment.”

Because the ADA covers only a select number of workers, there are more than 56.7 million independent workers left out, according to the Freelancer’s Union. A quick search of that organization and other unions provide little to no guiding language or missives about accommodating disabled freelancers, either. So, generally, writers and editors have to pick up the slack themselves.

How freelancers make accommodations for themselves

John Loeppky, a disabled Canadian freelance journalist, said he creates accommodations for himself basically every day. While Canada does have some disability protections, Loeppky said the effect on freelancers is about as thin as in the US. Some of his accommodations, therefore, affect a big part of his life, while others are smaller in scale.

While Loeppky was heading up his university’s student paper, he moved the physical server in the office onto a digital platform. This empowered him to work from home. He also said that as a wheelchair user, simply changing the kinds of equipment he uses made a big difference.

“My life significantly improved once I realized wireless headphones wouldn’t get tangled in my wheels,” Loeppky said.

The line between “accommodation” and “thing that simply makes freelance life more bearable” is sometimes thin.

For example, Loeppky got tired of filling out individual invoices. “I [bought invoicing software] and life instantly improved,” he said. “I joined a union [and] really focus more on building community with disabled journalists.”

Do freelancers with autism and ADHD also need accommodations?

Without detailed federal regulations, who is or isn’t disabled is often a hot debate. Remember how the ADA is described? As covering “a person who is perceived by others as having such an impairment”? Being an autistic writer I can tell you there’s definitely been times where others perceived me as having an impairment. Although not all neurodivergent (a differing in mental or neurological function) people consider themselves disabled, freelance writers with autism and ADHD often need accommodations, too.

Mikhal Weiner, a freelance writer, was recently diagnosed with ADHD. She said being a writer is a better lifestyle than holding a typical nine-to-five job. But that doesn’t mean ADHD doesn’t interfere.

“It fits so nicely with my ADHD,” Weiner said. “My neurodivergence also makes it very difficult. Because there are so many moving parts, keeping track of them all is almost impossible.”

Weiner said a typical support request is a deadline extension. But she doesn’t tell editors it’s to better accommodate her ADHD because of the stigma surrounding it. She also has physical items that help her focus and pay attention, like fidget toys, because being trapped in a chair during a Zoom meeting, for example, is hell.

Freelance writers aren’t the only ones who need accommodations. Tennessee Lookout Editor-in-Chief Holly McCall is also learning to better accommodate her ADHD. She said COVID made it worse, which is supported by recent “pandemic brain” research and long COVID studies.

“It’s easy to get overwhelmed,” McCall said. “I self-medicate with coffee. I have to write everything down or I forget things.”

McCall is among many editors who understand the importance of creating a safe space for disabled and neurodivergent writers. Jennifer Reitman, founder and publisher of DAME Magazine, said supporting disabled freelancers (and freelancers in general) is the single most important thing publications must do to ensure the survival of industry.

“It’s more important than supporting corporate legacy media,” Reitman said. “With the rapid destruction of local news by hedge funds and venture and private equity, those that remain are independent journalists. It’s in fact paramount to the survival of journalism as a true fourth estate […] to ensure independent journalists are supported in any possible way.”

Reitman, who said she works with disabled and neurodivergent writers all the time, believes prioritizing health and family is a core part of DAME’s culture. In addition, it’s crucial to create an environment where journalists can ask for what they need.

The ADA doesn’t make it explicit who does or doesn’t get accommodations. While freelance writers struggle to survive industry upheaval, many must also create their own disability accommodations.

The good news is that accommodations for freelancers aren’t expensive. According to the Job Accommodation Network, 58 percent of accommodations cost absolutely nothing. The rest typically cost only $500. And while disability insurance usually isn’t tax-deductible, it’s common to write off supplies, equipment and tools on a freelancer’s annual expenses. Ask your tax professional if you’re unsure.

It’s heartening to hear some editors are creating spaces where disabled and neurodivergent writers can thrive. But it’s few and far between. Both freelancers and unions need to launch organizational tactics and guiding mission statements that give disabled writers large-scale, enforceable support.

It’s easy to find local representatives and start an email campaign with writers, encouraging officials to pass disability and freelance protections. Unions and journalism organizations can draft disability rights into their mission statements or hire writers to cover the best way to create accommodations. They can also consult disability experts on improving internal policies and hiring strategies.

As freelancers, just because you don’t need accommodations now doesn’t mean you won’t later. Addressing inequality now will improve lives immediately and prevent others from burning out or losing work in the future.

Abby Lee Hood is a freelance journalist covering leftist movements in Appalachia and the South. They are working on their debut nonfiction book “Redneck Revolution” and have been published in the New York Times, Washington Post and more. Find them on Twitter.

With OutVoice, publishers can pay freelancers with the same click that publishes their work. No back and forth, waiting, or even invoicing. It’s that easy. Schedule a demo today.